When I first developed my story for Netherworld, I just created a villain simply so that my protagonist had some evil to fight against. But when I started questioning my villain’s motives, I realized that to have a full story, it is crucial to develop the villain because that’s the crux of the problems that create the story. Your villain is what drives your story; not just your protagonist’s motives, though those are important too.

There are no set rules for creating a villain; but there are guidelines, sure. Based on my experience, I have some advice on creating a well developed and complex villain. These are just my ideas and thoughts, and these may differ for many other writers (in which case, you can leave your own thoughts and opinions in the comment section below). 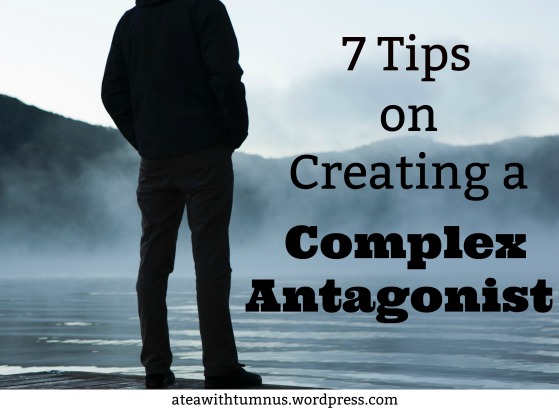 1. Ideally, you want the villain to be believable, not necessarily likeable. It’s hard to find a balance with this. Many writers lean toward the villain that seems inhumanly evil; his only motive is self gain, and there’s no reason behind it. An example of such would be Professor Umbridge. Yes, she’s nasty and hateful and just reading Order of the Phoenix made me literally shake with anger. And then there’s the tendency to write villains that raise too much sympathy from readers; their motives may be more realistic and believable, but in the end, such an antagonist with motives that generate more sympathy than dislike makes him less antagonistic than he should be. I’m not saying there should be no sympathy for your villain; understanding the roots of your villain’s motives is important, and it makes the story more interesting and driving. But your readers need to dislike your antagonist. They need to know that, in the bigger picture, that he is in the wrong, even though it may be more complex that that. Darth Vader and Vulture (Spiderman: Homecoming) are stellar examples of well developed and believable antagonists.

2. Know your antagonist as well as you know your protagonist. As I mentioned earlier, stories run on evil and the fight against it. There are countless times when I’ve read a book or watched a movie when the protagonist is well created and developed and the villain is just another bad guy who wants to kill, kill, kill for what seems to be no good reason at all. The first step in avoiding the hole of flat antagonists is to create a background for you antagonist. Develop him and make him just as complex as your main character. Give him a reason for why he wants to do what he wants to do, just as you do with your protagonist.

3. Develop parallels between your protagonist and antagonist. The thing about parallels: Do not force them into your story. Because believe me, readers can tell when something has been forced. Start with an exercise in which you give both your villain and MC the same problem/situation and how they both respond. That way, you’ll define more specifically how each of their views are different in their perspectives, choices, and decisions in that same circumstance.

Another way to create parallels is to develop backgrounds and pasts. Make both your villain and MC experience a similar situation or face the same problem in their past and see how they each come out of it. This strengthens and deepens both their characters as well as helping you as the writer to understand the ways in which they are both different when given the same problem, and how their choices in dealing with the problem effects the whole of the story.

This is where things can get very fun and very complicated. If you’re like me and you really like developing characters with a tear-jerking past, creating parelles between your MC and villain are a lot of fun as well as benefical in that they help differentiate characters’ perspectives. For example, both my villain and MC once had no hope for humanity. When each are given an arc, my MC was put through circumstances that helped him to see that there is more than enough hope for Earth and its inhabitants, even that it is worth dying for. My villain, however, was part of a race of creatures who saw power as fuel for life; to conquer and rule with fear meant meaning and security.

4. Have your antagonist find ultimate triumph…only to fail in the end. Your villain’s past shapes their motives, and the crux/climax of your story is generally when your antagonist thinks he has finally accomplished his plans and is only waiting for the protagonist to give in all the way; but the protagonist surprises him by persevering and never giving up, even when everything appears to be hopeless. During this height of suspense and anxiety, we see a broken person (the antagonist) finally achieving (or almost achieving) his goals. But we also need to note that the protagonist shouldn’t be the only thing that keeps him from succeeding, but also the results of the antagonist’s bad decisions. Right before the villain realizes that he has failed, readers may feel a slight pang of sympathy; because it is then when he realizes that he was in the wrong, and perhaps if he lives longer or has a complete change of heart, there may be a chance of redemption for him. But, redemption or no redemption, change of heart or not, the point remains: it should not only be the protagonist that trumps the antagonist, but the antagonist’s realization that what he has done has brought him to an end, which may or may not involve the protagonist.

5. Don’t go the “cold, heartless bad guy” route. Give your villain a past that once held love, hope, or compassion, and then find out how and why he has abandoned such feelings forever. This is a strategy that makes your villain more believable. It will make his character much more interesting as well when you incorporate the psychology or traumatic events or situations that the villain was put through that eventually made him into the monster he is in the story. It will also be more impactful on the reader after finishing a story with not just a well done protagonist, but also a well done antagonist. It gives them a glimpse of the real world, thus the word “believable,” and perhaps it may even help them understand the real world as well. Even though your story may be fantasy or science fiction, if your characters are realistic, you have something much more inspirational and deep than just a story where a lot of fun action and spacey stuff happens (though that is important too, and should be reserved for another post topic).

6. Have something that both your antagonist and protagonist agree on. At first, this may sound silly. Aren’t villains and main characters supposed to be polar opposites? And yet there’s the flaw so many stories have. This point is pretty much the same as when I noted earlier that having parallels between your antagonist and protagonist is important. Having something they both agree on can be a motive or belief. When your characters have arcs, they end up on totally different sides of the spectrum…and maybe even then, at the very end, they each have a similar goal in mind; yet how they each want to go about it may be very different. There are endless possibilities, and it’s great material for fun brainstorming (and plot bunnies).

7. Give your antagonist a relatable character flaw. This is another way of making your villain believable and understandable. When I say “believable” and “understandable,” I mean that readers need to identify the villain’s goals, see how those goals are wrong or twisted and why, and how the choices based on those goals lead said villain to ruin or corruptible success. And giving your villain a trait that readers identify with or have felt before leads to understanding the realistic villain. Readers may even find that a villain with a relatable flaw helps themselves to identify a similar flaw that they have themselves, which can lead to a lot of potential in portraying your story’s message or theme.

And so there are your tips. I didn’t cover everything about antagonists, and I’m sure you can come up with your own guidelines based on your experience that I haven’t listed here, but I’ve only listed tips I feel that are the most important to be mindful of when creating a complex antagonist. Thank you all for reading and I’m looking forward to your thoughts in the comments below!

8 thoughts on “7 Tips on Creating a Complex Antagonist”