Sometimes you need to take a break from your main writing project. Spending all your writing time on just one project can get overwhelming and you might notice that your coffee fuel starts draining faster the longer and more often you spend working on one particular story. When it comes to my writing for Fiction’s Lie, schoolwork and essay writing has forced it aside. And when push comes to shove, my actual novel writing topples out of the once beautiful picture.

But, putting the school work and non-creative writing aside, it’s important to take breaks. And one of the best ways spending those breaks is working on another writing project. It doesn’t matter what kind of writing that is. It can be a poem, a random scene, experimenting with characters, dialog, action scenes, description, you name it. I call these writing breaks writing exercises because not only do you give you a fresh mind and some time away from your big WIP project, they also strengthen your writing, so that when you come back to your WIP after that break, you’ll feel rejuvenated and armed with some skills or scenes or new ideas to add to your manuscript. 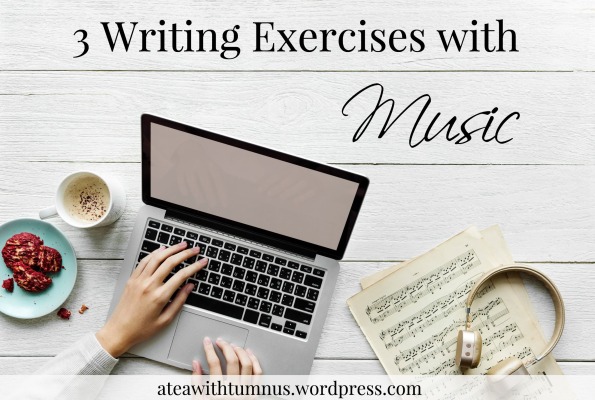 I’ve put together a few fun writing exercieses incorporating music that has helped me take a break from my main project, experiment with writing styles, feelings, and point of view, and come up with many more plot bunnies—good plot bunnies that can go into my idea archive. So here’s some ideas to just get your ideas flowing.

This is by far my favorite writing exercise, and the best as far as good ideas such as new characters and plots go. The original idea came from a tumblr post with the tag #musicalocs, and I decided to try it out. Needless to say, after ten minutes of listening and taking notes, I developed two characters and the relationship between them. It was a lot of fun, and I decided that I would definitely do it again while applying “musical OCs” to my WIP’s characters so that my exercises could also feed into the development of Fiction’s Lie. My creativity was boosted and I finished with motivation to write more.

Randomly choose a film score and write whatever you feel prompted to during the entirety of the track.

I do this a lot and a while back before NaNoWriMo brought Fiction’s Lie around, it was the only writing I did. The reason why I love this exercise so much is that film scores were originally composed to help the audience feel emotions. Movie soundtracks tell a story through the emotions it creates. Using a classic example from Star Wars, the scene that accompanies the track “Battle of the Heroes” would not be the timeless scene it is without Williams’s epic score. In my writing, my characters’ emotions are what helps connect the readers with them, making not just the characters, but the story, stronger. Creating emotions through words is my main goal in writing stories, and listening to music composed specifically for emotions helps me to enhance those feelings.

The other thing I like about this exercise is that I can forget everything I’ve ever written in other stories, and hit play on a soundtrack with my mind a blank slate. As soon as the song starts playing (I prefer Pandora so that whatever I get is random), I start writing whatever comes to mind (usually it’s describing a setting, or feelings, or a scene) and my rules are to keep writing until the song is done so that by the end, I’ll have a random scene that came from nowhere except from what I felt like writing based on the film score.

Pick a film score and write an intensive scene based off it.

This is similar to the last exercise I described, but this one is different because rather than writing a random snippet while the song plays until it’s done, you actually pause the song here and there to complete sentences, expound on individual emotions brought up throughout the song, and picture in your mind what’s going on during the song so you can write it all down. I did this once a while ago with the song “Black Rider” from The Fellowship of the Ring. This track goes from playfully hurrying to ominously slow and dooming. I worked long and hard on this scene paragraph, editing, and rewriting parts, so that I could read it in sync with the song’s ever changing emotions. At the time, achieving that was worth it to me. But boy, was it an awesome exercise.

Those are just a few. There are so many more writing exercises with film scores that I have not heard of or discovered yet. Of course, my exercises involve film scores, for reasons listed above and simply because film scores are my favorite genre, but you can use any type of music you want. Many popular songs have stories and emotions in the lyrics and musical composition (Twenty One Pilots is an excellent example). But these writing exercises are just ideas of mine to get your ideas rolling. Which begs the question: What are some of your favorite writing exercises? What type of writing do you go to when it’s time to take a break from your main project or just want to try something different? How do you incorporate music into your writing, if at all? I love hearing what other writers do and what works for them. As always, thanks for reading, have an awesome writing-filled summer, and may I recommend getting a chai latte during your next writing session (they’ve been excellent writing fuel for me lately). Cheers!

15 thoughts on “3 Writing Exercises with Music” 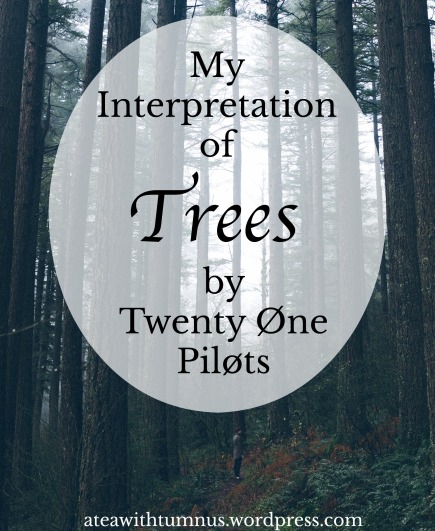 I'm a Christian writer of science fiction and fantasy. I'm also a book dragon, who consumes large amounts of tea and black licorice. Also aiming to publish a book and take over a couple planets while I'm at it.