WIPjoy is a writing hashtag game organized by Bethany A. Jennings in which for each day of the month, writers across social media answer a question about their WIP. It’s mainly over on Twitter, and usually that’s where I participate, but I was busy that month and wasn’t able to answer questions every day that month. So I decided to wait and make it a blog post: fun facts about my WIP, Fiction’s Lie.

Pitch your WIP (with aesthetic)

Ficino stops writing his story, and his hero, Zealen, goes renegade. The rest of his characters travels to Ficino’s reality to persuade him to finish writing and take their story’s future out of Zealen’s hands. 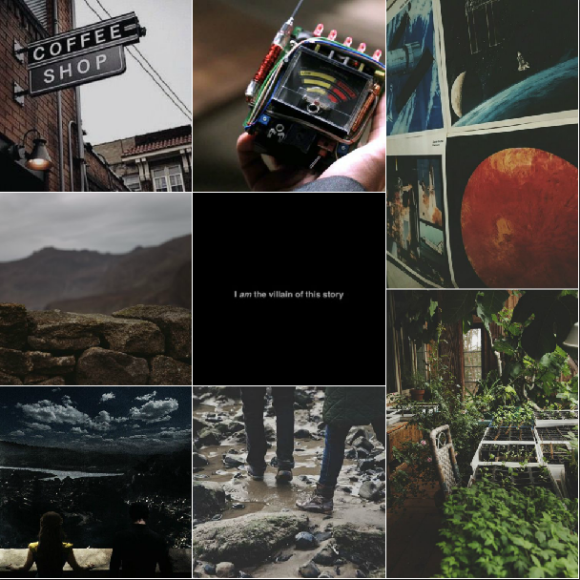 Introduce your MC with a line

“Day 1,387. Four years since he ran away to live in hiding. Four years he had lived here alone, carving useless shapes out of wood as he fought the memories that hovered like flies around food, threatening to possess him until old age.”

If your WIP wasn’t yours, what would make you want to read it?

Probably the premise. Hearing that the story is about a hero becoming the villain in an author’s story, and characters travelling dimensions to persuade their author to keep writing in order to save thier own lives is something that I, as a writer, would want to read a book about.

If your antagonist is your MC, how would the story open?

Weeelll… my MC, Zealen, is the antagonist for the majority of the story, but not in the beginning. If my MC was an antagonist at the very beginning, he probably would have gained freedom way earlier by way of giving into anger and killing his father and uncle to save his and his sister’s lives. But he only becomes the antagonist when he finds out that 1) a writer has been controlling his life and 2) he has powers to manipulate the near future.

There are a few lines I wrote describing the change in Zealen as he slowly becomes the antagonist that actually went better than I expected.

“And then another song hummed throughout his body, feeding on the anger and revenge and somehow, making them stronger. It was strength, and it sung throughout his limbs, spreading to his fingers, down his legs and to his toes. It danced in his mind, and its partner was fear, spinning it around faster and faster until strength was there and the fright was no more.”

What are you doing in your WIP that’s new for you as a writer?

Several things, actually, which is why this project is intimidating. First of all, it’s a complete rewrite of a finished 50k word novel. The characters and premise are the same, but a lot of things have changed as far as the plot goes. Another thing I’m trying out is deep POV for several different characters. I’ve never written in deep POV before (unless I did without realizing there was a term for it). Also, I have no idea where the story is going to go. I don’t even know what the climax is yet, though I do have a couple of ideas. I’m full on pansting with Fiction’s Lie, and it’s scary, but I think that when I’ve brainstormed the ending and come up with how the climax will go, I’ll have more motivation to work on and finish this WIP.

What do your MCs wish to change in their lives/world?

I have several MCs, so here is the list.

“Avaliss then caught herself by surprise and did something she never thought she’d ever do in her entire life.

She looked at Ivel for help.”

Zealen’s childhood fear was his father beating his little sister, Tovia, to death. His only goal in life as a child was making sure Tovia was safe. Seeing Tovia beaten, bleeding, and bruised gave Zealen enough anger at his father to fuel him with energy to face each day, and Tovia was the reason he had the will to live off of that anger.

MC’s best friend: why do you stick with the MC?

Avaliss sticks with Zealen because she sees him as someone who needs a friend and behind the scars and bruises and a seemingly apathetic attitude toward life, she sees someone who the potential to change the world for good.

You’re stranded in your own WIP! Who do you go to for help?

Probably Avaliss. She’s cool-headed, a trained warrior, and understands the situtation probably better than I do. She has access to both dimensions and she won’t give up on saving Zealen and the lives of her fellow characters. And if I wanted to avoid any life-risking adventures, I’d go to the town apothecary and apprentice under Avaliss’s master, Eleol. It wouldn’t hurt to learn a bit about herbs and oils and their healing properties.

Here’s an aesthetic of the apothecary Avaliss is apprenticed to and where Zealen lives for a short period before he becomes renegade, in the early chapters of the book. Because it’s pretty and peaceful. 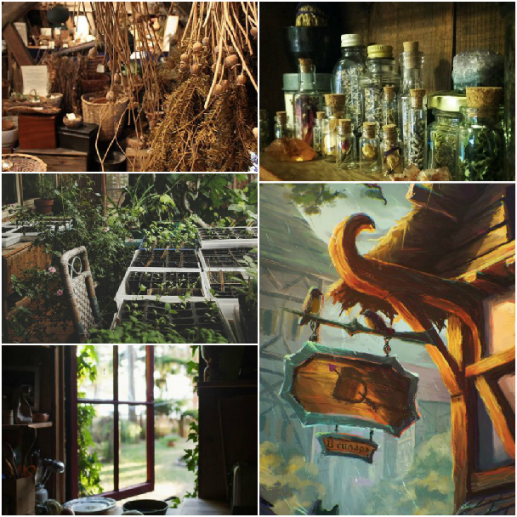 And those are my favorite WIPjoy questions answered. I love writing hashtag games like this one because coming up with responses about my plot and characters actually helps me to better understand small things like what I’m doing new in this project, what the main motives of my main characters are, etc. Plus, I get to promote my actual writing and you guys get sneak peaks of the plot and characters until it gets published one day. Thanks for reading!!