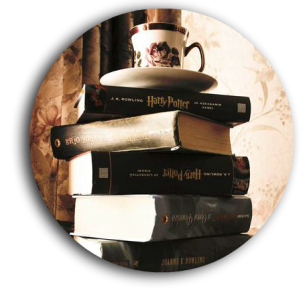 Welcome to Tea with Tumnus! Grab a cup of tea and take an armchair.

I’m S. M. Metzler, a writer of speculative fiction, mainly medieval fantasy and space opera. I originally started this blog in the hopes of becoming a better writer, and to inspire writers and geeks alike with the theme of story. Because after all, stories can come in all different forms, from movies, to music, to random pictures or pieces of writing. And with stories come inspiration. I believe in the magic of storytelling and the power of words––and because I’m a huge nerd and I love writing about my favorite fandoms and anything related.

Here on the blog I give some tips and inspiration for writers, write reviews, and talk about the importance of film scores and music in writing. You may also stumble upon the occasional writerly humor post. I also believe that stories should be written to not only bring hope and encouragement, but to inspire people to dream, to create, to discover the unknown in the depths of the human soul and in the far reaches of the universe. There’s a reason why stories have stuck with mankind ever since mankind has existed; there’s a secret power that lies within stories, and I believe, within the wise weaving of words, that stories can have a secret power that can change the world.

Here’s a little bit about me: I’m a

On this blog, you may also find some posts titled Michael’s Movie Mentions. Michael Jr., my brother, is a filmmaking nerd and his goal is to become a film director. He’s contributed several times on film scores, the director’s job, storytelling in film and cinematography.

You can also follow me on Twitter, Instagram, or Pinterest, and don’t forget to follow Tea with Tumnus so you can see each new post come into your inbox or WordPress feed. Feel free to comment and say hi as well! I’d love to hear about new blogs out there. May the Force and your wand be with you.